The sound in the structural cinema

In his article “Structural Film”, published in 1969 in the Film Culture magazine, the American theorist P. Adams Sitney analyzes a set of films by Michael Snow, Hollis Frampton, Paul Sharits and Ken Jacobs, among others, that interrogate the cinematographic medium questioning its constituent elements. Listening to these films under artistic parameters such as silence, noise, soundscape, voice treatment, the use of repetition and music are some of the strategies proposed to evaluate the auditory aspects of structural cinema.

The presentation followed the structure of the film Resonancias Fílmicas. The sound in the structural cinema (1960-1981) and combined with the viewing of fragments of the commented films: 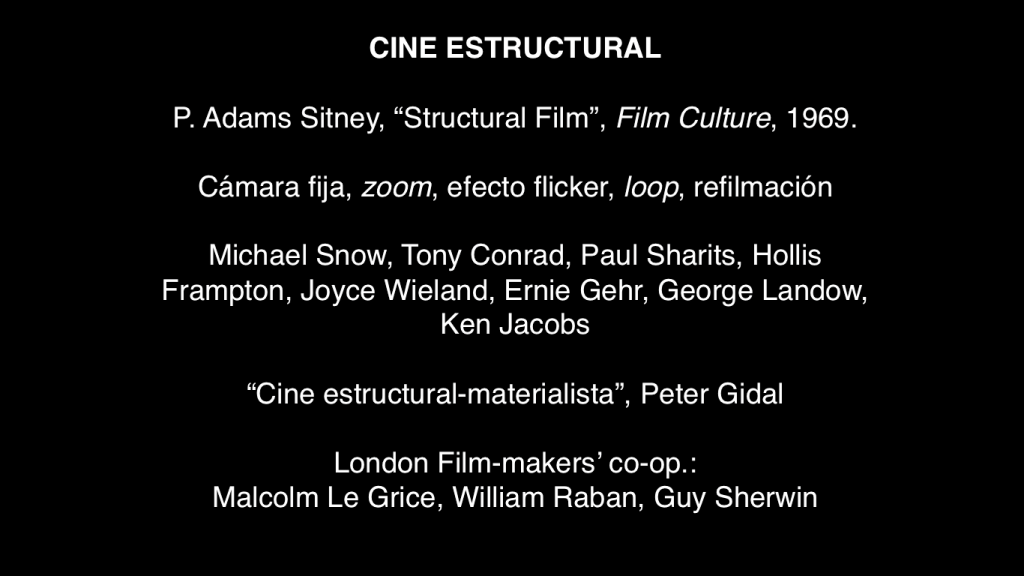 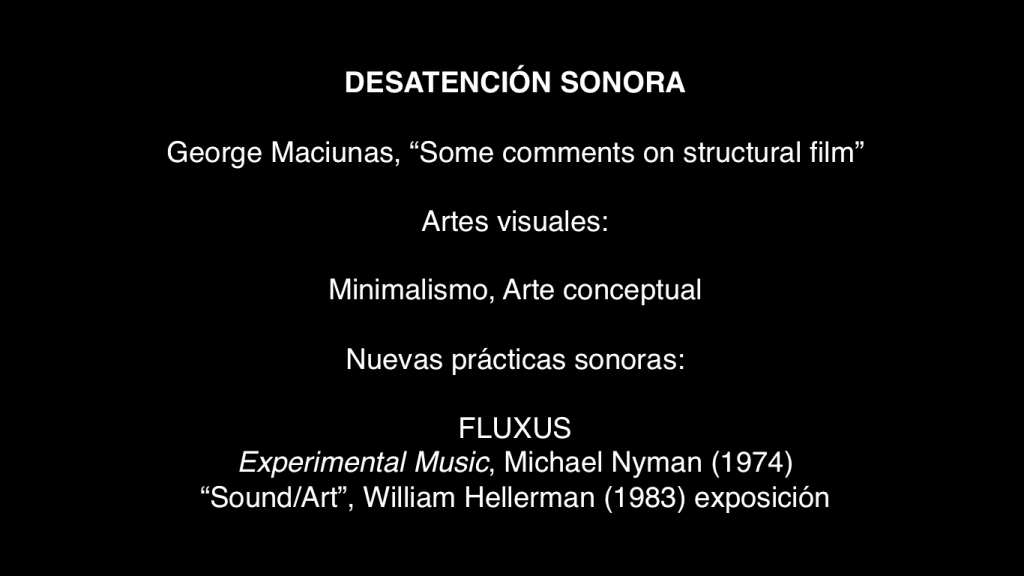 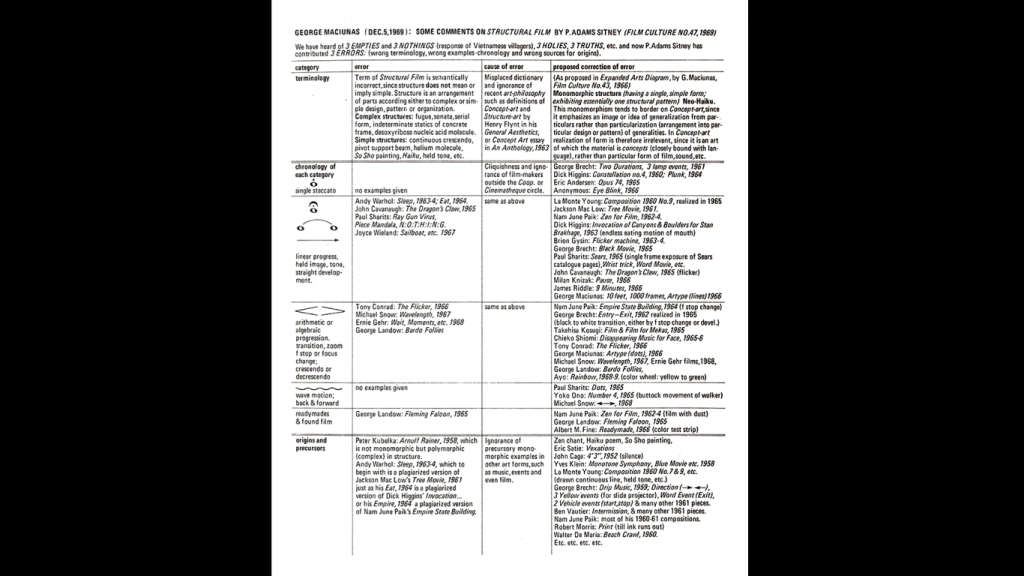 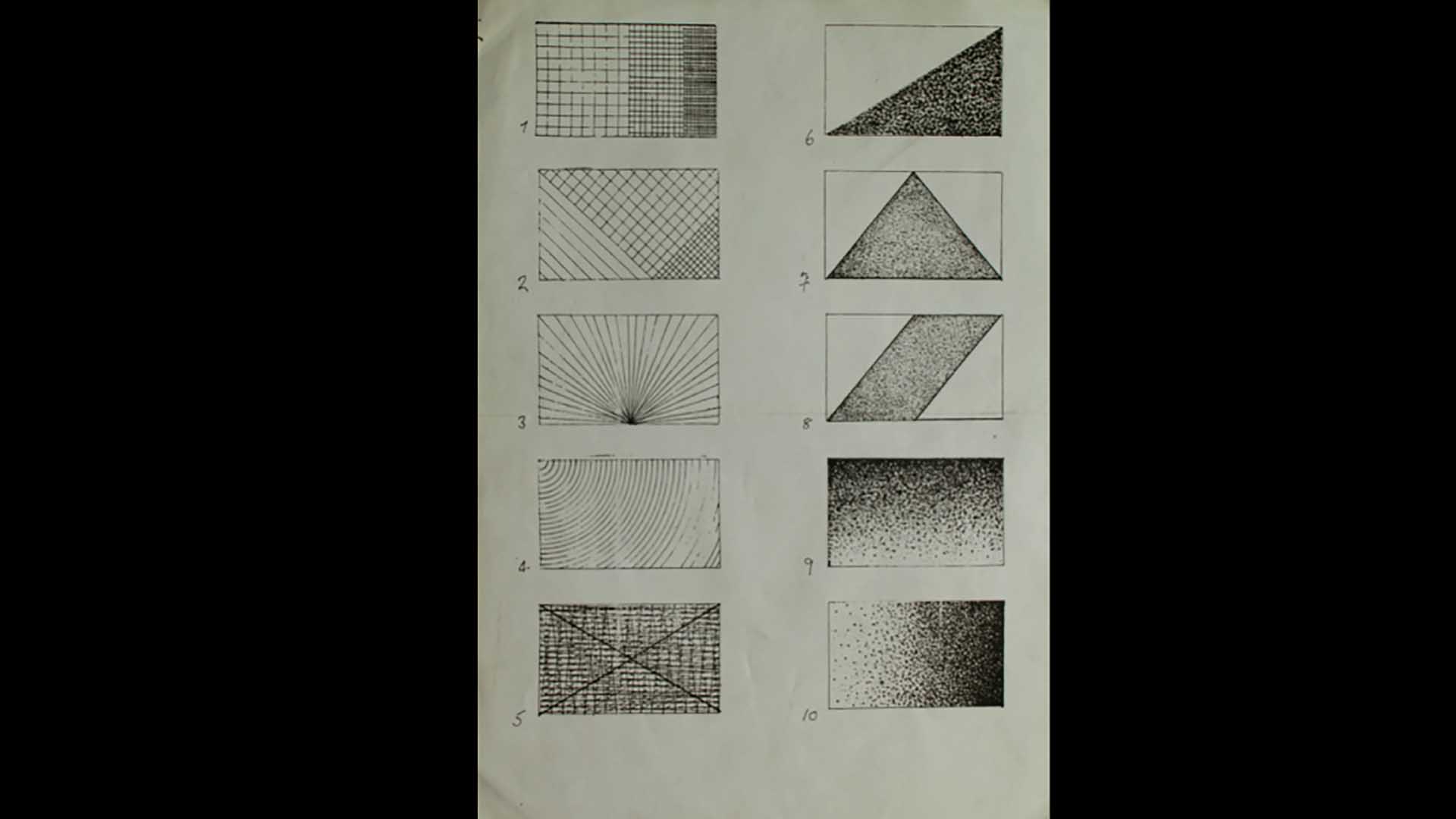 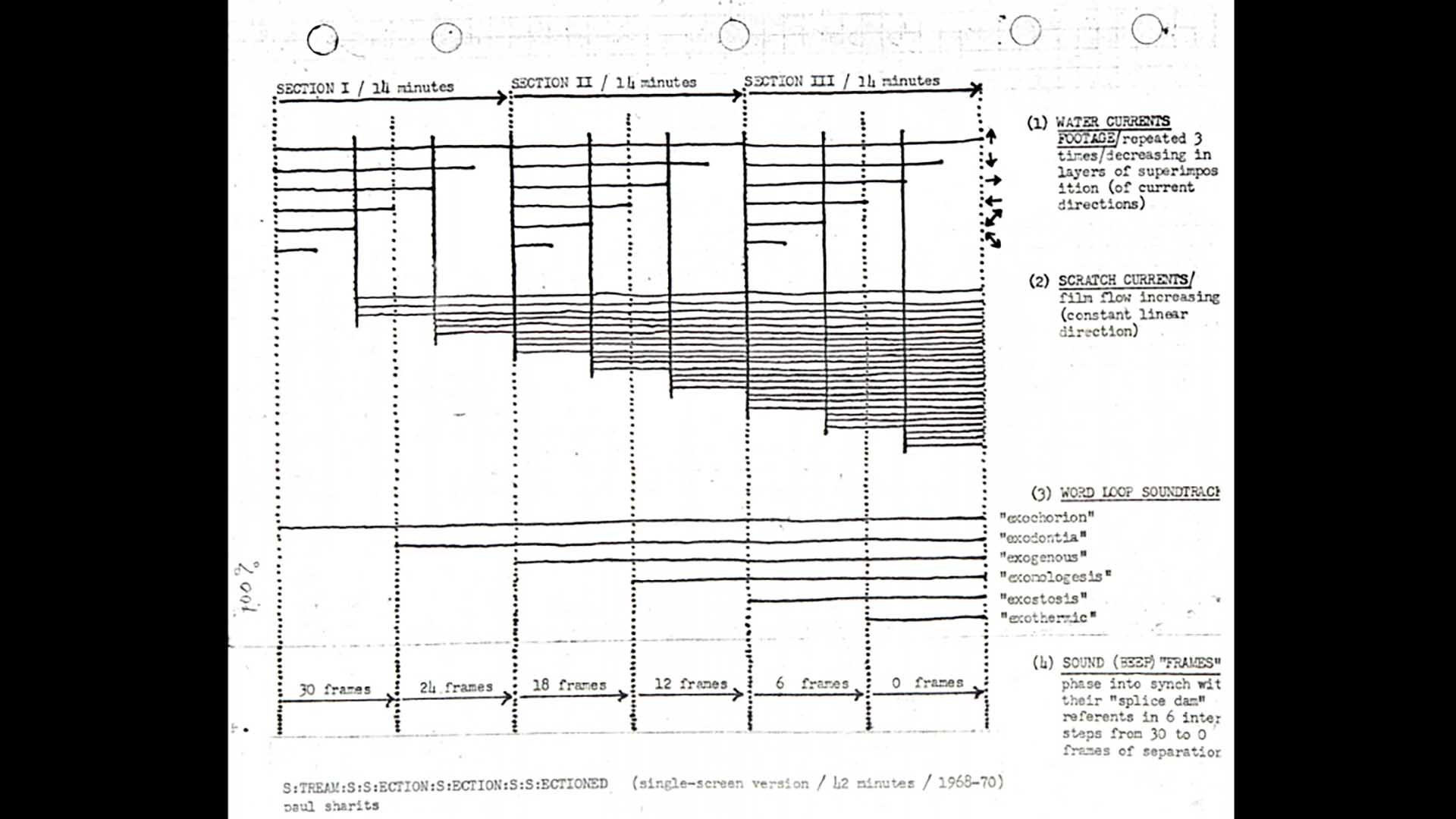 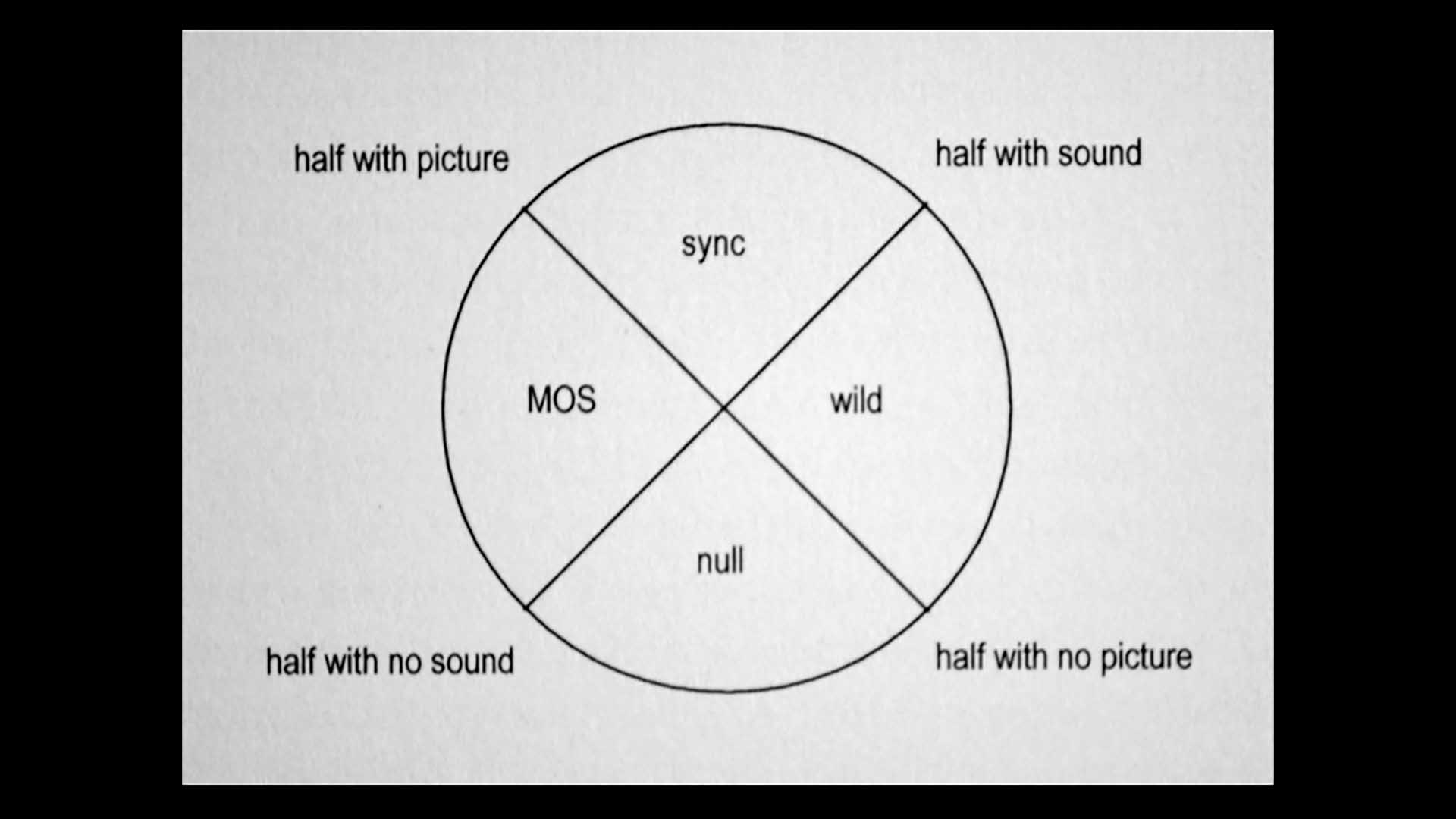 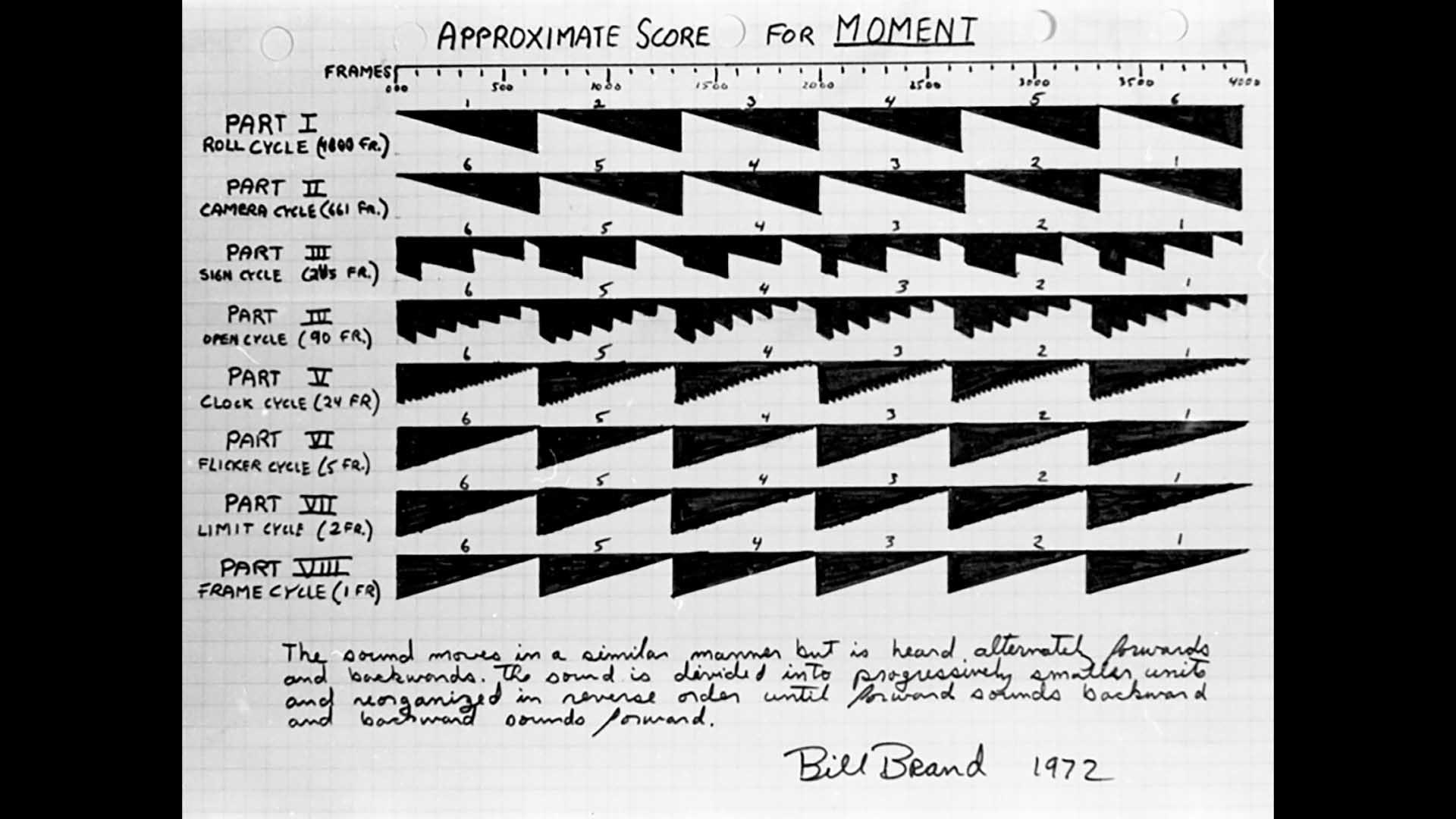 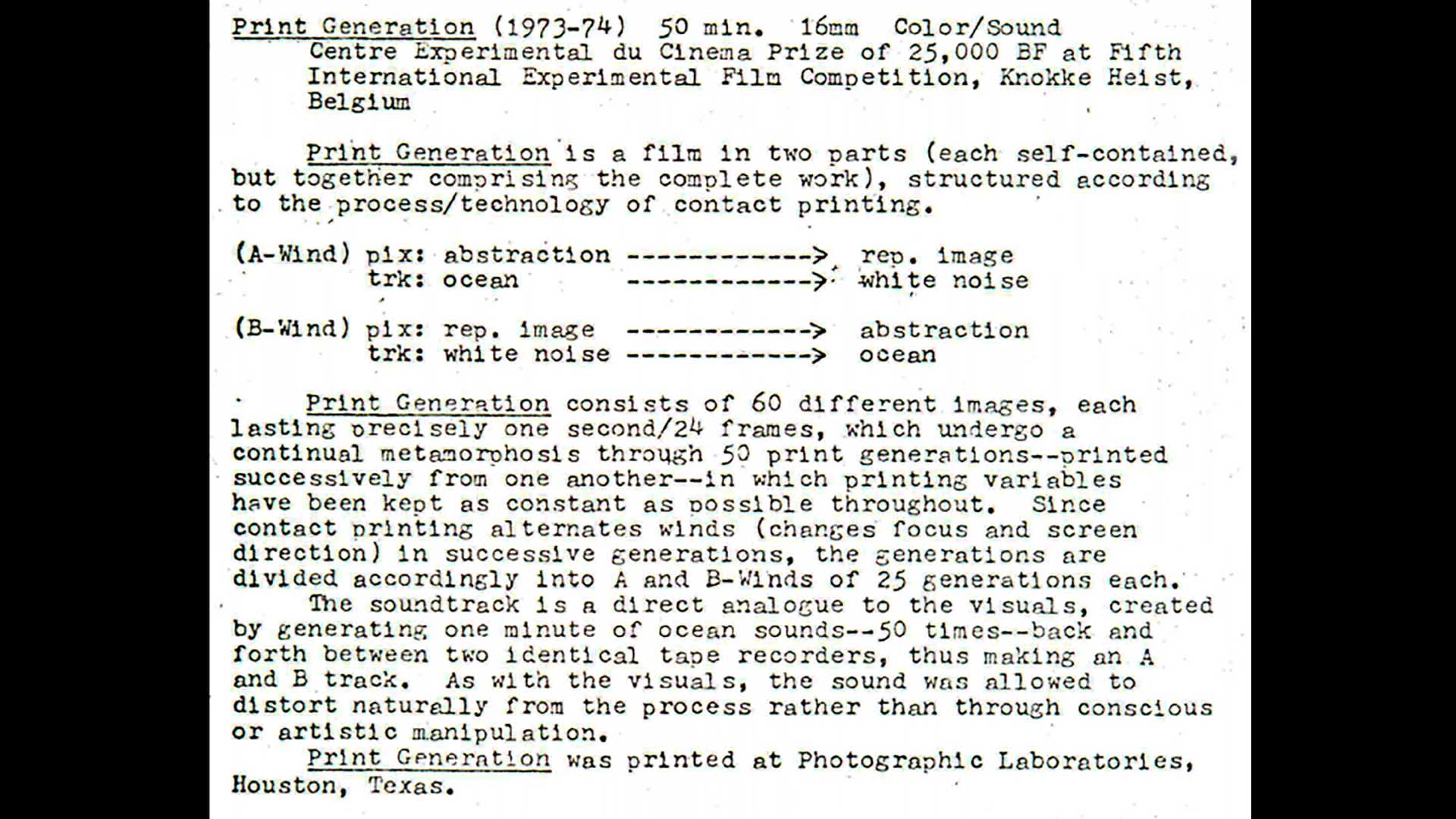 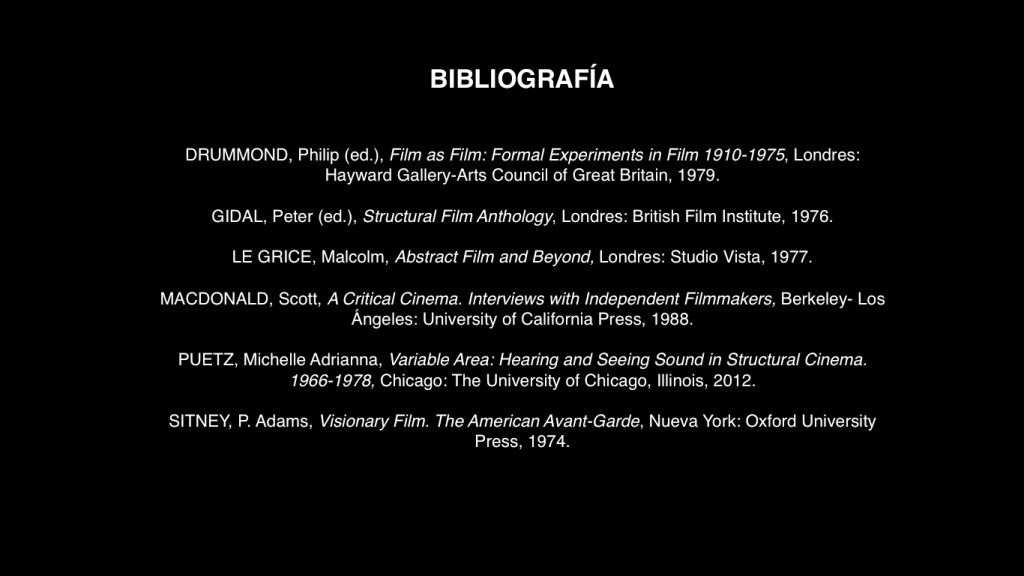 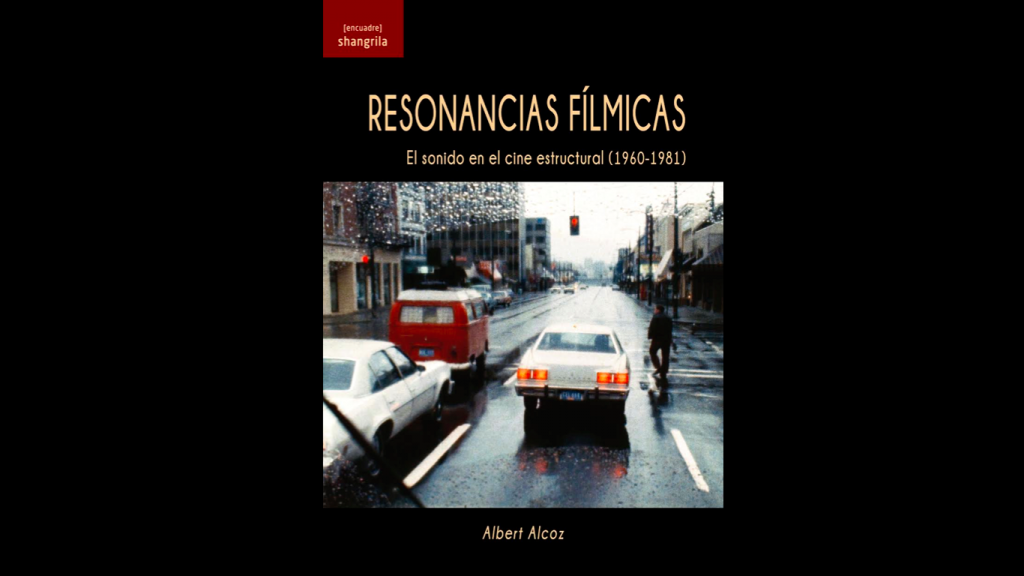 Exploring the aesthetic and ideological interstices of the sound dimension in experimental cinema is the main reason for this investigation. In these pages, the sound is studied from an analytical position that emphasizes the idiosyncrasy of the acoustic creation processes of the filmmakers, the sonic ruptures that their films formulate and the auditory challenges that arouse the audience. To substantiate the reasoning this essay focuses on a set of films linked to the notion of structural cinema. This controversial category -identified by the North American historian and theorist P. Adams Sitney in the article “Structural Film”, published by the Film Culture magazine in 1969- designates some works that problematize the cinematographic medium, discussing its constituent elements. Kurt Kren, Steve Farrer, Guy Sherwin, Hollis Frampton, Paul Sharits, Morgan Fisher, Bill Brand, JJ Murphy, Larry Gottheim, William Raban, Chris Welsby, Paul Winkler and Chris Gallagher are the filmmakers summoned in a paper that reflects on the sound practices of their films . The formalistic constructions, the semantic implications and the listening experiences of some works created on celluloid -in 16 mm support- are the axes of a written path whose configuration is defined in three parts. The first chapter detects the shortcomings of the study of sound in the cinema while clarifying the theoretical insights of structural cinema, the second block pays attention to a selection of films arranged under four sections -Ruido, Voz, Repetición, Paisaje Sonoro- and, finally, the conclusion presages the relevance of silence in an eminently resonant artistic discipline. The filmmakers close to the principles of structural cinema question how sound should be articulated in relation to moving images. To do so, they pick up the iconoclastic heritage of the film avant-gardes of the 1920s, adopt the debates of minimalism and conceptual art at the end of the 1960s and incorporate the methodological advances elaborated within experimental music. To feel a return to the search for film specificity is one of the correlates that derive from it all.
Resonancias fílmicas (Film resonances) perceive the validity of structural cinema as a field of film experimentation whose sound vibrations expand unheard-of.

Albert Alcoz (Barcelona, ​​1979) is a filmmaker, researcher, teacher and programmer of experimental cinema and video creation. PhD in Film Theory, Analysis and Documentation from the Pompeu Fabra University of Barcelona, ​​with a doctoral thesis on sound and structural cinema (2016). Since May 2006 he writes the Visionary Film web, about avant-garde cinema and current experimental cinema. In 2013 he started the Angular project together with Alberto Cabrera Bernal, an international experimental film label on DVD. In 2014, together with eight filmmakers, he founded Laboratorio Reversible, an independent and collective analog film laboratory in the city of Barcelona. In 2015 the Anemic Cinema project began, a cycle of projections in super and 16 mm of local filmmakers. Since 2016 he organizes, together with Marcel Pié, Daniel Pitarch and Pepón Meneses, the sessions CANCER of film and experimental video. In 2017 I would curate the exhibition (Re) viewings, (re) visited, a re-reading of the beginnings of Spanish video art for the art center Arts Santa Mónica. In May 2017, he published his first book, Resonancias Fílmicas. The sound in the structural cinema (1960-1981), edited by Shangrila Textos Aparte.