Show presentation second season of Teoría Incertidumbre #11 where we will talk about the concept of resonance that will be the theme of the whole season, no specific instrument is described.

– Audio on the technique of Sergiu Celibidache – Musical phenomenology explained by Vicente Chuliá.
– On the number 11 in the symbolic / esoteric world, Wilhem Reich’s theory of the human shell and the resonances in relation to musical phenomenology and psycho-emotional-physical-musical
space acoustics.
– Description of the musical and acoustic resonance. 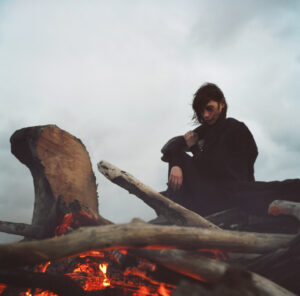 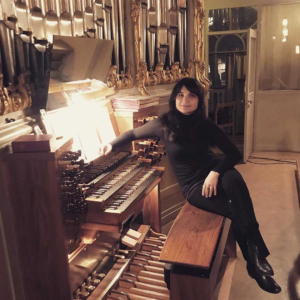 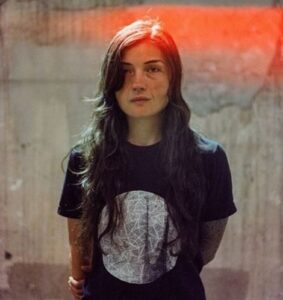 On the technique of Sergiu Celibidache (used in his Orchestra conducting school).
From the phenomenology of Edmund Husserl from the phenomenological ideas applied to music previously by the musician and mathematician Ernest Ansermet (specifically in The Foundations of Music on Human Consciousness and Writings on Music, where it gives priority to the singular idea of ​​tonality in front of the idea of ​​atonality), where, according to their point of view, these points are designated, those spatial positions of the sound, such as the RELA and DO notes, since a lot of music is not made with sounds but with notes. On the other hand, the fact that we give the same name to the perceived interval between two tonal positions would indicate that the perceived interval corresponds to the frequency ratio, not its difference. But experience shows that what the ear perceives is nothing but the logarithm of that relationship. Indeed, if we perceive the fifth fa-do, then the fifth do-sol (3/2), the resulting acute fa-sol interval (one novena) corresponds to the 9/4 frequency ratio, which is the product of 3/2 by 3/2 or (3/2) “squared”; but for us, listeners, the second fifth has joined the first to produce this novena! What is more subjective and intersubjective than this determination of the interval by a logarithm!
This sound phenomenon of the fifth interval relationship to which Ansermet refers (corresponding, from the materialist philosophy of music, to the primogenic matter is perceived in human consciousness on a logarithmic scale (it is important to note that this interpretation of Ansermet is related by Gustavo Bueno, exercising an attribution analogy, with the law of Weber and Fechner).
From the previous statement of Ansermet (Music is not in the score, but is a conceptualization of psychoacoustic laws), as well as the main phenomenological axioms of Husserl, Celibidache develops his systematized musical ontology and technique under the label ” Musical phenomenology ”. The concept that Celibidache and Ansermet speak about can be described as follows:
That the equivalent sound does not vibrate alone. But a whole series of secondary sounds, that the entrepreneur inventor has not produced, vibrate at the same time, grouping in a totally new resonant multiplicity. They are harmonics, the accessory phenomena that follow directly must be subdivided according to the law of inert matter. And these subdivisions produce a series of sounds, belonging to the main sound family. This is called by physical acoustics the “attack process”, which among others also has a temporal dimension. The foundations of musical phenomenology start from three approaches that have to be studied in depth, namely:
– What is the sound? What Celibidache does is analyze the correspondence between the sound (phenomenon) and its harmonics (epiphenomena) which are described through the Pythagorean proportions, that is, the octave interval (first harmonic), 1/2, the interval of just fifth (second harmonic and primersonido that we distinguish diametrically as “new”), 3/2;
-How does sound affect human consciousness? Here Celibidache explains the relationship between human affections that always move in relation to “the past”, “the now” and “the coming”:
Missing a person you love is referenced to the past (“at some point I met him …”); expect something that cannot come: disappointment is referenced to the past and the future; hope is referenced to the future; […] repentance is referenced to the past and the future. There is nothing in our world of affections that does not represent one of these versatile combinations.
-And how can a set of sounds become music? This perspective starts from Celibidache’s distinction between “tension” and “intensity.” These two words are frequently used in German, Spannung (tension) and Kraft (intensity, strength), since it states that in this language the etymological difference of both ideas is more clarifying than in Latin languages, since they are the same lexeme (tensus). Thus, tension is the greater or lesser intrinsic force of physically speaking sounds and their relation to the greatest number of vibrations. It is something inherent in sound. The greater the number of vibrations, the greater the tension; and the intensity is something external to the sound that affects its dynamic aspect (forte-piano-mezzoforte …).

After hearing the description of Vicente Chuliá, ramblings are made about the number 11 in the symbolic / esoteric world, the breastplate described by Wilhem Reich that causes the human being to remain in a state of fragmented / broken consciousness, the resonances that are concluded from the description of the phenomenology in specifically tempered music and the description of acoustic and sound resonance.

On acoustic and sound resonance.
The term resonance refers to a set of phenomena related to periodic or almost periodic movements in which there is reinforcement of an oscillation by subjecting the system to oscillations of a certain frequency. As far as we are concerned we could say that in acoustics, resonance is the reinforcement of certain sound amplitudes as a result of the coincidence of similar waves in frequencies, it is a particular case of mechanical resonance and in music, musical resonance refers to the sounds elementals that accompany the principal on a musical note and communicate particular timbre to each voice or musical instrument.