Theme: Anarchestra by Alex Ferris, the sonoplasty of Joana Moher and the music of Sly & The Family Drone.

Group of Gongs hanging on a kind of tub with counterweights that allow the gongs to slide vertically and can be introduced into the tub water.

This extends the surface area of the gongs and decreases their tone depending on how deeply they are submerged. Everything that sounds for a while submerged in water will have that effect. 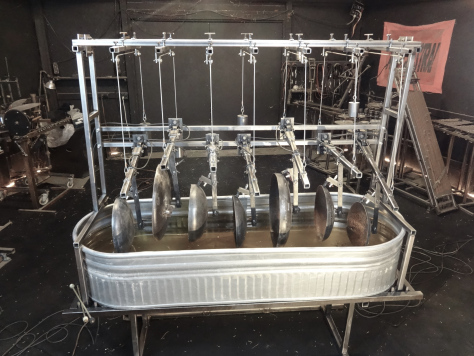 Alex Ferris describes about the bells, gongs and saucers that they produce a multitude of tones simultaneously. They inhabit a musical dimension between that of instruments and sounds specifically tuned with so many tones or so little stability of tones that none can be distinguished effectively.

Most of our Euro-American tonal concepts (those behind strings, winds and bars) are based almost exclusively on length (with the other two dimensions as modifiers). This is efficient and simple and produces the most easily identifiable (less complex) tone fields.

Circular and curved objects struck in different places with different degrees of force tend to produce a variety of frequencies. This tends to eliminate us, when we use them musically, from the linear ideas that drive Western ideas of tonality: the sound universes rich in inharmony generated by multilinear instruments are infinitely more complex. If the Western tone generation can be considered to be essentially one-dimensional, the instruments based on circles and curves are three-dimensional. In mathematical terms, the analogy would be the difference between arithmetic and topology. In terms of conventional Western theory, they are disconcerting, and generations of Western theorists have dismissed them as “noise.” 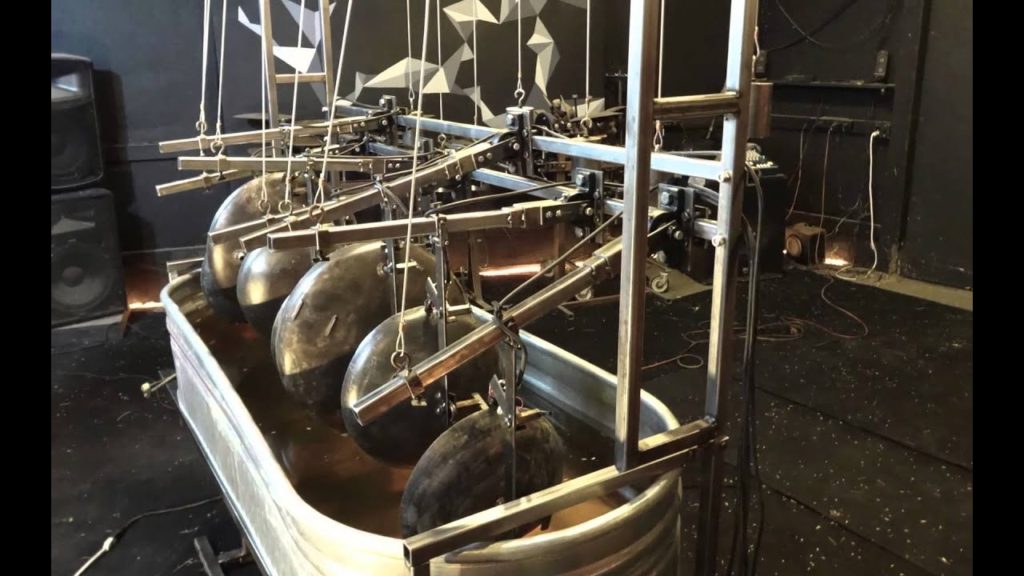 I have heard and read about gamelan music (whose theoretical sense of music is much less linear than that of the West) for many years, but I am far from considering myself remotely informed about it. My approach to building and playing “circular” instruments comes from a desire to explore and understand the tonal universe in 3-D.

Apart from the rudimentary mixing functions such as gain, level, panning and equalization, no processing has been used. Unless specifically stated, no edition (other than the beginning and end) has been imposed on live recordings (all of which were recorded directly on two tracks).