Teoría Incertidumbre #15
About Yaybahar musical instrument and about music and its influence on plants.

Musical instrument of the Yaybahar show.

Yaybahar is an instrument totally free of electricity and totally acoustic designed by Gorkem Sen. The vibrations of the strings are transmitted through the spiral springs to the drums at the ends. These vibrations are converted into sound by membranes that resonate from side to side with spiral springs. This results in a unique listening experience with a hypnotic surround sound. Görken Sen is the Turkish musician who has developed this musical instrument. It is a string instrument (acoustic) that sounds like a synthesizer. 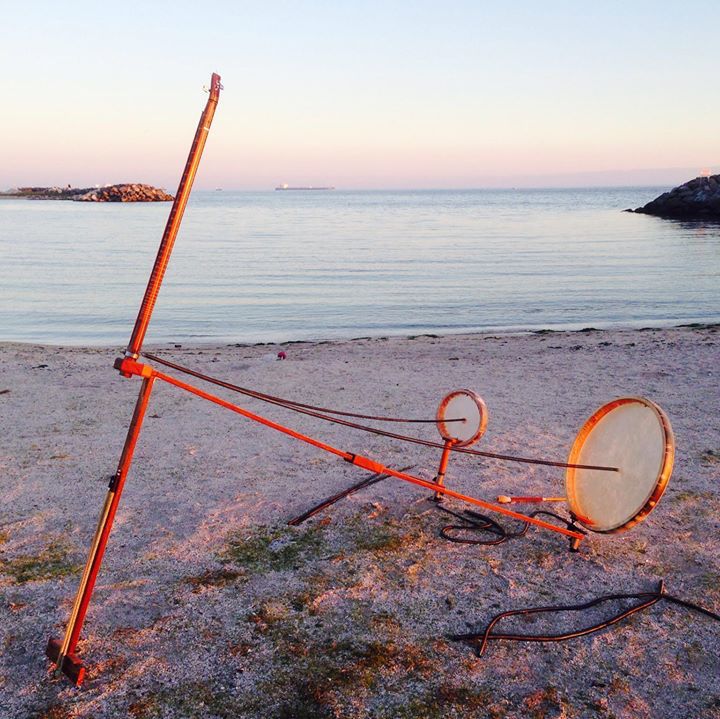 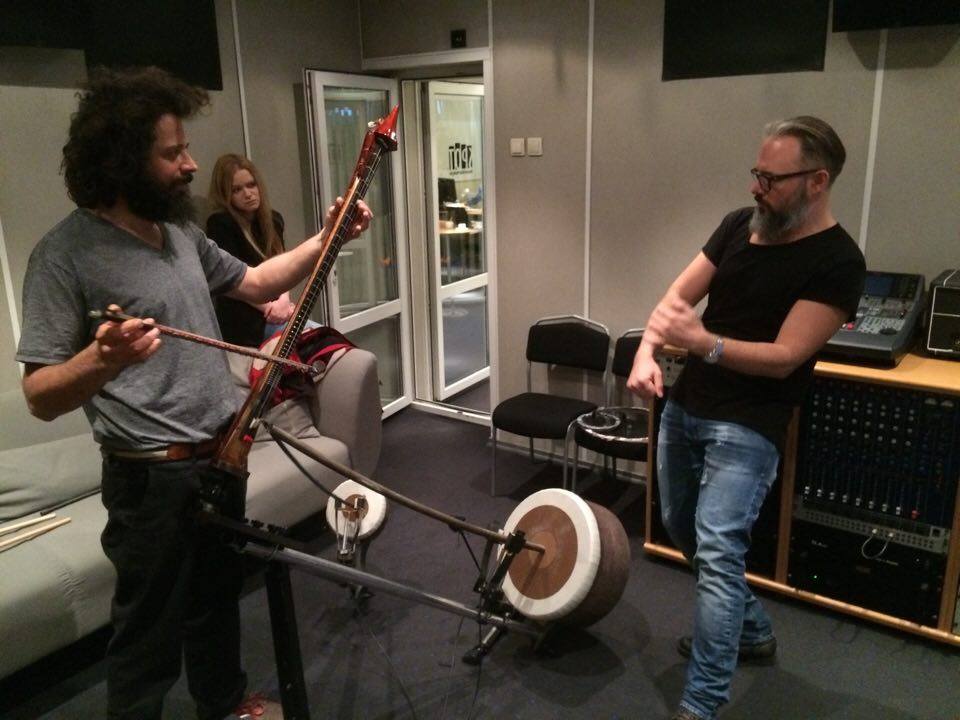 The vibration of the strings is transmitted by the springs connected to the drums. These vibrations are converted into sound by the echo behind the membranes of said drums.
It can be played by hitting and stroking the horizontal strings with a mallet, dotting and tearing the vertical strings and ringing on the feet. “Natural source materials were used to form membranes, spiral springs and strings that work all at once. Perhaps we can say that it is a new bridge system that is between a string instrument and a resonant body.” A bow like a violin or cello is usually used to make it sound.

Are the plants capable of listening to music? How can they respond to music? Well, plants breathe through various “mouths,” also called “stomatas,” and it has been discovered that a plant’s “stomata” can respond to music. A few years ago, scientists at the University of California, San Diego, discovered a signal mechanism that controls the “stomata” of a plant. The two cells that make up the “stomata” are composed of specialized cells (guard cells) that are in tune with the resonant frequency of calcium. The “stomata” closes when exposed to this frequency. However, if this frequency is not exactly correct, the “stomata” opens again after one hour. This would happen even if the calcium concentration was high enough for the “stomata” to close normally. Experiments have shown that exposure to high frequencies is more or less responsible for the increase in gas exchange, and not only after one hour.

When a specific music, high tones or the singing of a bird cause the vibration of the plant, although not at the exact frequency of the calcium resonance, the “stomatas” will open after a period of time, even when the plant I would keep them closed under normal circumstances.
Music could also influence the germination of seeds. A study of the “Journal of Alternative and Complementary Medicine” describes an experiment in which music produced a higher germination percentage (P <0.002) and faster germination (P <0.000002). It seems, however, that the sound had no significant effect on germination. So it turns out that multiple frequencies are significant, and since germination has to do with hormones, it is very possible that skeletal resonance plays an important role here.
Various tests have shown that a leaf fertilizer applied to the plant would have more effect on the development and growth of the plant if its “stomata” were open. This is logical, since plants absorb the fertilizer through their “stomata”. Frequency combinations and plant fertilizers are available for crops of very different types.
But there are some drawbacks to this method. If the “stomata” are forced to remain open, the plant will not be able to control the amount of water it loses through perspiration, and enters risk of dehydration. Therefore, exposing the plant to more than 3 hours of music a day could endanger your health.

Don’t overdo it with music

Your favorite plants could also suffer negative effects if the volume or frequency of the music is too high. This is an effect that still cannot be explained, based on the opening and closing of the “stomata”. The negative influence of a too high frequency could be explained using a technique known as “shell resonance”.
In addition to the resonance, which causes the opening of the “stomata” under the influence of music or specific tones, there is another technique that could explain these effects in our plants.
This technique is known as skeletal resonance and stimulates or inhibits protein synthesis in plants. Various tones play an important role here. The theory behind it is that proteins, which consist of amino acids, are synthesized in tune with vibration. Each amino acid should have its own frequency and, therefore, each protein its own frequency range. So, theoretically the correct sequence of tones should stimulate the creation of proteins through resonance.
The influence of resonance in the human body has also been studied. TENS (Transcutaneous Electro Neural Stimulation or Transcutaneous Electro Neural Stimulation) is a technique that uses a specific frequency to stimulate the generation of specific substances in the body. For example, it is believed that a frequency of 10 hertz stimulates the creation of the neurotransmitter serotonin (the same frequency as alpha waves). And you know what? Serotonin is an amino acid.
The reason why different tones can have so much influence on plants is that hormones, such as auxin, which is one of the substances responsible for cell extension and fruit formation, consist of only two amino acids. Allowing the plant to vibrate long enough at the frequencies of these two amino acids should increase the production of desired plant hormones, resulting in larger buds.

A possible explanation for plants reacting positively to classical music, and not to heavy metal for example, is that classical music contains more pure tones, while heavy metal is full of guitar effects such as distortion or direct gait. which, certainly, cannot be considered pure tones!

Although the techniques to encourage plant growth have been there since time immemorial, art itself is disappearing and today’s cultivators possess only a part of the wisdom of their ancestors. Even now it is not exactly clear how music influences the development and growth of plants, but more and more about resonance physics is being discovered and we are closer than ever to getting solid scientific evidence and theories in this area. Maybe, in twenty years people will laugh if you tell them that the plants have no ears! 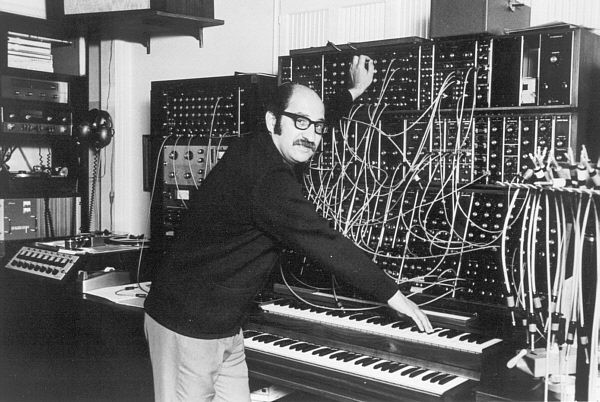 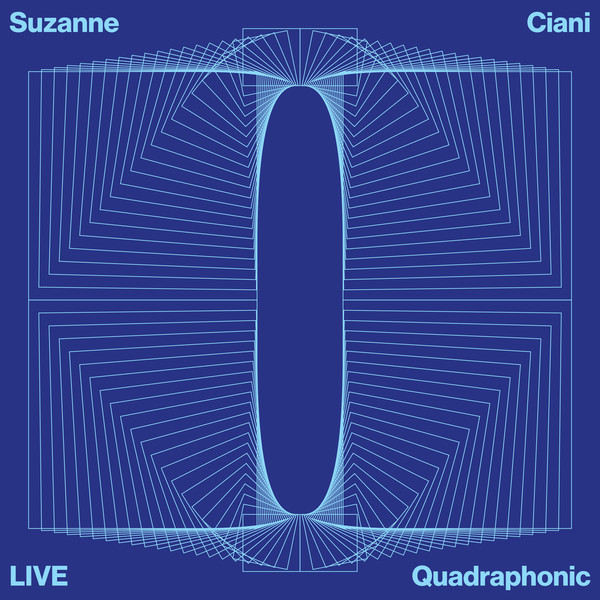