Harry Partch and his instruments

Gourd Tree 1964 is a percussive instrument that is composed of 12 Buddhist temple-style bells that are placed in front of treated pumpkins, these work as resonators that are placed in the trunk of a not very thick eucalyptus that is worked, thus emulating a species of fruit tree.

Cone Gong are a pair of treated gongs that bought at a store in Venice, California in 1965, are made of church bells and eucalyptus.

Both pieces function as a whole that are touched by a standing person.

Harry Partch (1901-1976) was a singular composer and designer of instruments adapted from recyclables. One of his main characteristics is that with 22 years in 1923, Partch was working on a book finally published in 1949 with the title of Genesis of a Music. This book is a reflection on his own music, with articles on music theory and instrument design. It is considered a fundamental text on the musical theory of microtonalism, the microtonal system was an invention of Partch that consists of a mode of tuning that divides the scale of the piano of 12 notes into 43 notes, for it took so much inspiration from the percussion of the far East of Western Europe as necessary. Also in the book he exposes his concept corporeality, the fusion of all artistic forms in a single body.

Harry Partch was an extraordinary character, a fierce drinker, who avoided mainstream music – even the avant-garde mainstrean – and lived most of his life in the desert of California, he built his own instruments with material left over from example: aircraft fuel tanks, pyrex chemical bottles, artillery shells casings, empty bottles and keyboards.

His music combines rhythmic and tonal sophistication directly with a close primitivism and mysticism. The result is one of the most distinctive works produced in the United States to date. 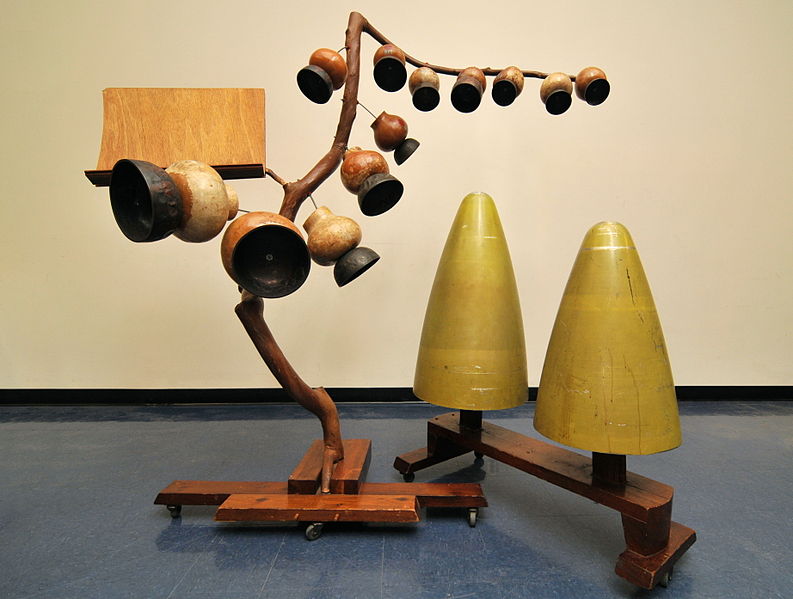