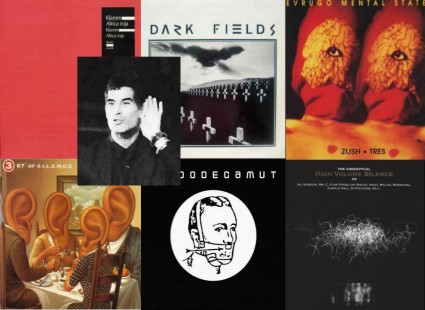 This broadcast is a tribute to Tres, who passed away on 5 October 2016. A musician who, apart from participating in Catalan groups of progressive and electronic experimentation in the 80s, has been recognised for his activism around the concept of silence in sound. Let's pick out the groups where he was to contribute his views: Klamm from "Red Africa" (1983) with his progressive funk and post-punk hereus of King Crimson and Van Der Graaf Generator or the work "Dark Fields" (1983) with T, where they drew on industrial influence, electronics or experimentation with field recordings and sound manipulations. Together with the musician and visual artist Zush, they released "Evrugo Mental State" (1989), which featured new-wave, electronica, rock and sampledelia.

From his trajectory of the last few years around the concept of silence in sound creation, we add the works "67′ of S.I.L.L.E.N.C.E by 3" (1999), offering recorded sounds created with the idea of interfering with silence, "Dodecamut" (2002) on silencing concerts by the Municipal Band of Barcelona and "The Conceptual High Volume Silence" (1999) on listening to recordings made by musicians and DJs to offer their vision of silence in a track, from which we have chosen Surgeon, Ian Pooley and Ángel Molina.