Anarchestra by Alex Ferris II, the abstract creation and Helena Blavatsky, the music of Einstürzende Neubauten

"For many, the abstract creation was a means to conquer consciousness and get out of the confines of materialism, besides becoming a refuge for the spiritual search in front of the social fractures of the great discourses such as politics and religion during Modernity. Every institution is a materialization and mechanization."

Alex Ferris highlighted the fact that Anarchestra's proposal consisted of a group of people playing together without the need of a conductor and the act of BEING in music. 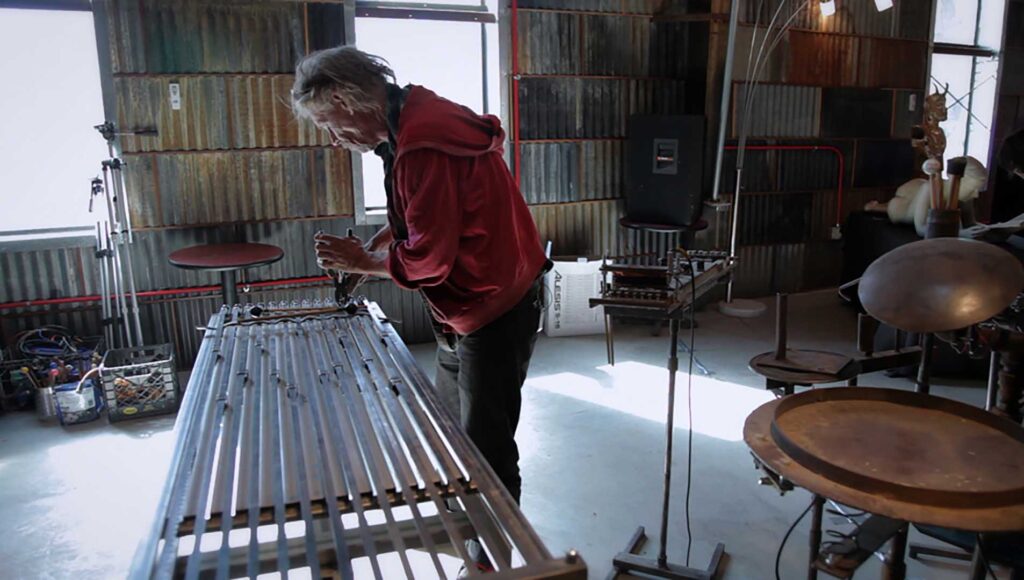 CONCEPT DURING THE ENTIRE SHOW 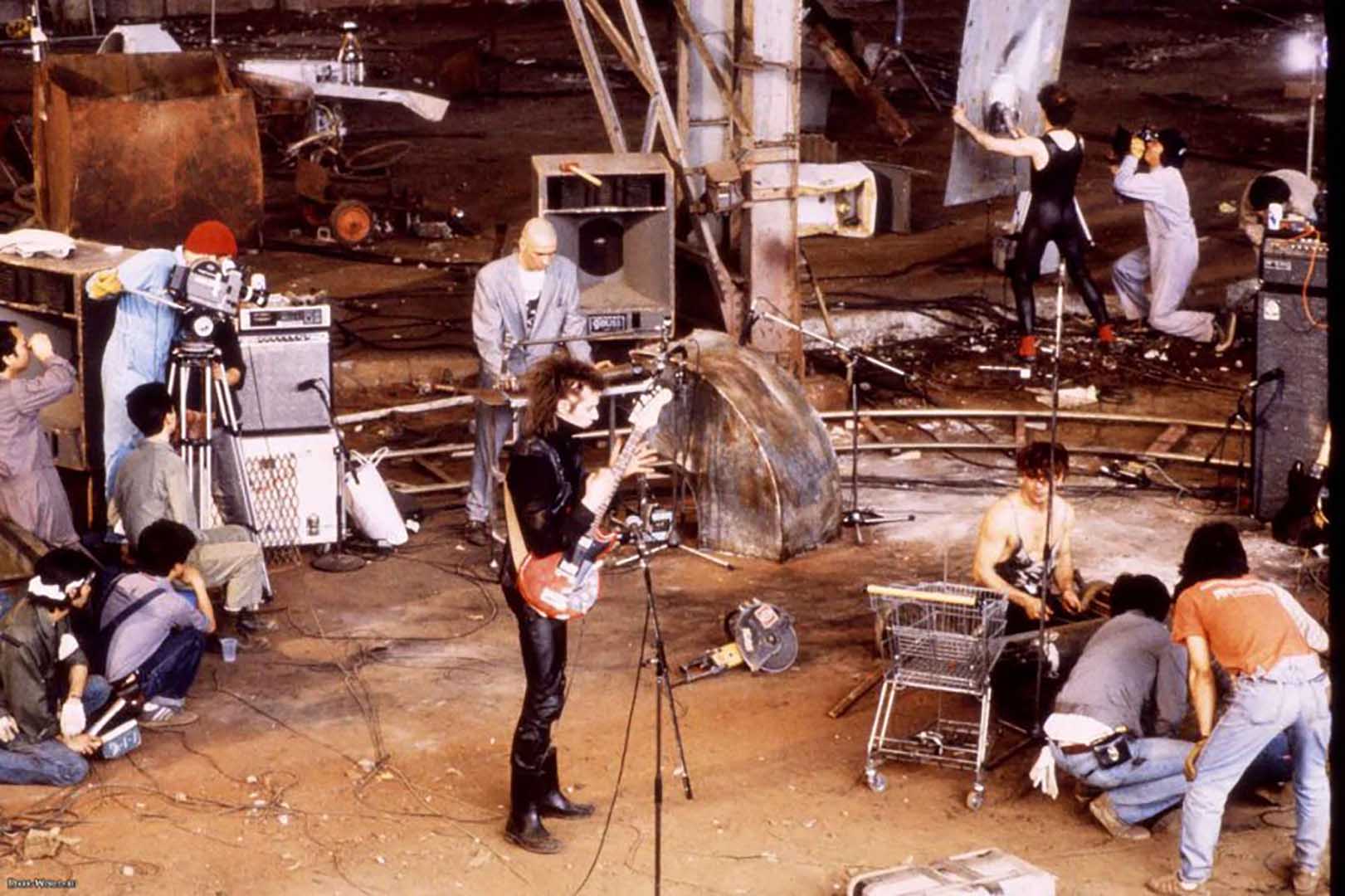 THE ABSTRACT CREATION AND HELENA BLAVATSKY

Although it is inevitable, making judgments about someone from a first impression is a double-edged sword. It is not always possible to know all the facets of people and we are left with a fragment, an incomplete idea. We do not realize that behind someone who looks like a charlatan, we can find a mind full of knowledge and incredible and revealing ideas.

Such was the life of Helena Petrovna Blavatsky (1831-1891). Born in a province of the former Russian Empire, Blavatsky was loved by many but repudiated by more. She is considered an exponent of esotericism and occultism; but she was also a revolutionary writer and theosophist who did not accept the norms of the society in which she lived.

In 1875, Madame Blavatsky and Henry Steel Olcott - an American colonel - founded the Theosophical Society; an esoteric doctrine whose premise was that "there is no religion superior to truth. Hence Blavatsky stated that Theosophy is synonymous with eternal truth. At only 59 years of age, Madame Blavatsky died more than a century ago; but her contributions in all fields are still present. According to her biographers, her ideas influenced religion, science, politics, culture and art.

However, few know that abstract art was formed to some extent by the growing interest that artists showed in mysticism and occultism; and of course, by the spiritualistic ideas embodied in the texts of the Russian theosophist. Abstract art as we know and admire it today emerged at the end of the 19th century. It is an artistic movement with which we can marvel thanks to its simplicity. It is capable of dispensing with all figurative elements, as it reduces the representation to chromatic, formal and structural aspects. It presents images with undefined forms, made up of lines, points and vibrant colours.

It was in the 1890s that abstract artists began to take an interest in theosophy - which at that time was flourishing as a cult - because they were in a period of transition and found in the statements of this spiritual movement suggestive, wonderful and flexible ideas that helped them to establish the theoretical foundations of abstract art, which ended up being a manifestation of spiritual ideals.

Blavastky did not establish specific formulas regarding art, but her writings served as a basis for the founders of the abstract movement -like Wasilly Kandinsky, Frantisek Kupka, Piet Mondrian and Kazimir Malevich- to take the foundations of spirituality that allowed them to access and understand ancient wisdom, the cosmic principles of human existence and the natural world. In this way they could communicate the truths hidden behind the symbols of art. 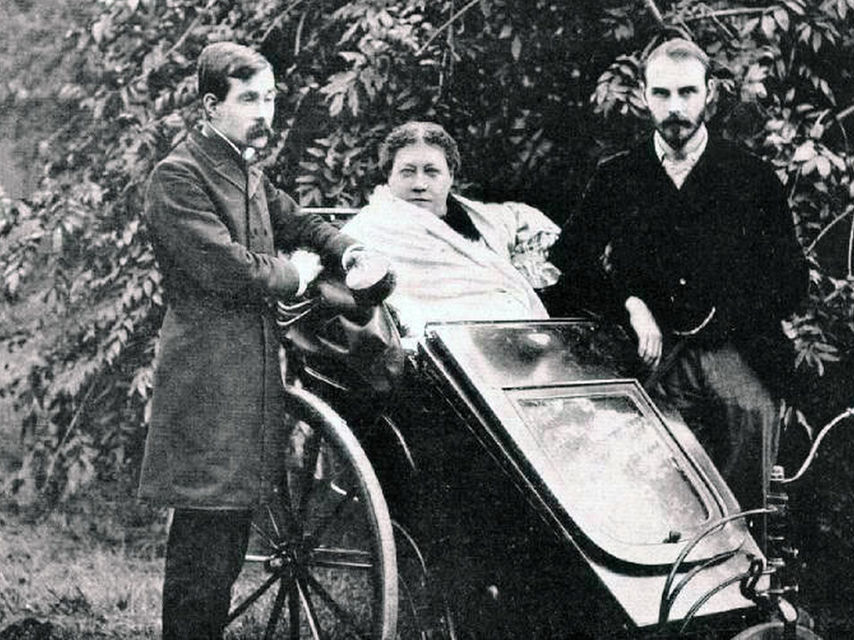 That is perhaps where they got the idea of making symbolic representations through which they expressed spiritual concepts that would later evolve into abstract art as you know it. But this search also led them to go through an inevitable process in which they would come to represent and express the cosmic realm.

Madame Blavatsky was a mysterious and fascinating woman; but the lack of intellectual rigor in her texts generated various criticisms that caused the vast information contained in her writings to be considered unreliable. In spite of this, she was read by many and managed to give an overview of the occult thought of the time. Besides that -directly or indirectly, as seen- she helped to create a type of painting in which color, lines and contours became the ideal medium through which it was possible to express and experience divine concepts.