These were years of transgression, of curling the curl previously caused by the excesses of glam, the provocation of punk and the introspection of post-punk. The early 80's dawned with a soundtrack that would change the face of the underground cenacle forever, cleaning the floor of sequins and safety pins to flood it with sound shadows tied to dark characters in acronym clothing whose sonic mixtures carried the message of breaking the established down into a thousand pieces without anyone noticing.

Beate Bartel de Mania D. and Liaisons Dangereuses said that his influences were so extensive that they would not fit into the interview time he was given at the Circa in 1980. Because Der Plan, D.A.F. Malaria or the already mentioned Bartel projects were in fact the heirs of that Krautrock that reigned at the stroke of synthesizer in the previous decade. In 1981 German rock artists coexisted with underground electronic pop sound projects in numerous Teutonic festivals, parents and children side by side in the same reality that ended up germinating in the most surprising works of Conrad Schnitzler or in the most intense sound explorations of Einsturzende Neubauten.

It was the Dark Ages, a period which brightly overshadowed the brains which were connected to the newly released "New Wave" but which were not content with what they were supplied with from the mass media of the time, because there was another wave which was only half shared in small circles of minds eager for new things which would blow up not only the old things but also the established "modern" and "transgressive" which perhaps was not so much. 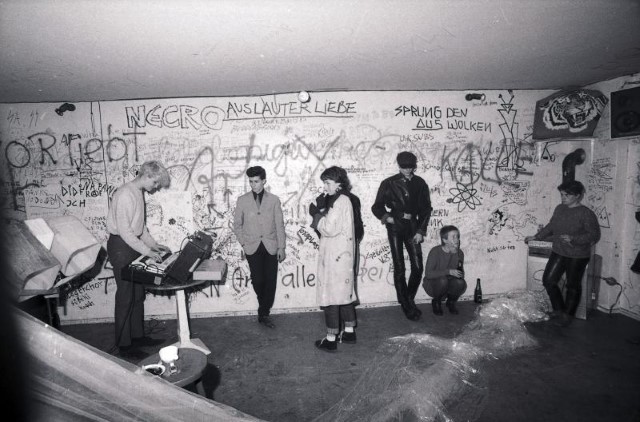 Something similar happened a few months earlier, in December 1980, at the Institute of Contemporary Arts in London, with the unforgettable concert given by some people who called themselves the old Café de Zurich that saw the birth of Dada. That Voltairiano Cabaret sounded like Richard H. Kirk and his people, and it blew up the canons of the new prefabricated trends with its proposal of curved music. In Lille, France, the brothers Philippe and Hervé Lomprez did the same while unleashing rivers of ink in the specialized magazines to try to define or label their dark synthesized after punk, so to speak.

Gone are those cold nights of pre-MIDI sound, of loneliness and detachment, of long listening to Klinik, Kas Product, Death in June, S.P.K, Dead Can Dance... Several decades have gone by when that leaden atmosphere of a Barcelona's Plaça de la Virreina was smudged with the timeless sounds of Virgin Prunes or the chanting of Lydia Lunch coming from the walkman of a teenager who returned with his hands inside the pockets of his leather jacket full of Joy Division's badges, Neu! Devo or Psychic TV under a light drizzle in the corner assigned to him in his home, presided over by a radiocassette whose tune was set to 91.8 FM of Ràdio P.I.C.A.

This is the Era Obscura that we can relive in TeslaFM, the most timeless era of sound.

The most underground scene of the 80s, and its current evolution, contained in a 1 hour block, with synthwave, darkwave, noise, industrial, new wave, postpunk, no wave... 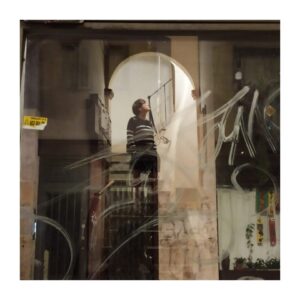 Galician selector, she has been travelling around the underground scene of BCN for more than a decade. Synthesizers are the core of her selections and her tastes move between minimal wave, dark wave and cold wave 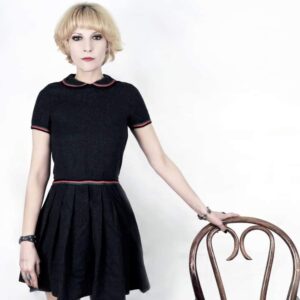 Ruth García, aka From Hell, is an avid collector of music that doesn't understand genres. The journalist and dj from Madrid is the creator of Mots MusicMots Music, a platform that covers the most alternative music and cultural scene, focusing on local artists and reflecting a wide range of sound whose common thread is quality.

This tireless artist has also provided vocals for what will be the first album by Man Of Seasons, a project led by Victor-Yann (Swesor Bhrater), and collaborates with names such as Vacío Perfecto, well known on the national industrial scene.